Categories
Home » The Vedas - The scripture of the Hindus [eBook]

The Vedas - The scripture of the Hindus [eBook] 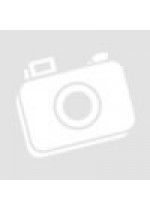 The Vedas, the sacred books of the Hindus constitute thousands of hymns or songs of lyrical character. These hymns are mainly addressed to the deities, Indra, Varuna, Ashvins, Vishnu, Rudra and others who are invoked to receive oblations. The collection of hymns has four-fold division viz. Rk, Yajus, Saman and Atharva. The Rgveda, the first and foremost of the Vedas is assigned to hotr who invokes the deities, the Yajurveda to Adhvaryu who directs, the Samaveda to Udgatr who sings songs of praise, the Atharva to Brahma who supervise the ritual. Thus the Vedas primarily centre round the religious activities of the Indo-Aryans. In this little work all the researches on the ancient Vedic literature have been arranged in such an order as will enable every one to have an idea of their contents without going through the voluminous works published on the subject. In analysing of the four Vedas a considerable help has been taken from Colebrook's splendid essay and works of other oriental scholars of the West, the foremost of which is "the Oriental Sanskrit Text" of Dr. Muir. In interpretation of the various texts for ascertaining the religious faith of the Vedic Aryans the views of the Indian scholars have been followed as much as possible. It is not at all possible to do justice to all the most important questions connected with the study of the Veda which is absolutely necessary to student of religion in such a little work as this. But it has, however, slightly touched upon the important questions and tried to put in a nut-shell the opinions of various scholars regarding them.

Please note this is a digital product. No physical book will be delivered. You will be provided with a link to the file(s) once the purchase has been made successfully.


Your Review: Note: HTML is not translated!

Enter the code in the box below:

Continue
Science and Technology in the Vedas [eBook]
Rs.101 Rs.51
Add to Cart
Tags: The Vedas - The scripture of the Hindus